Handling Anger In Your Loved One With Dementia 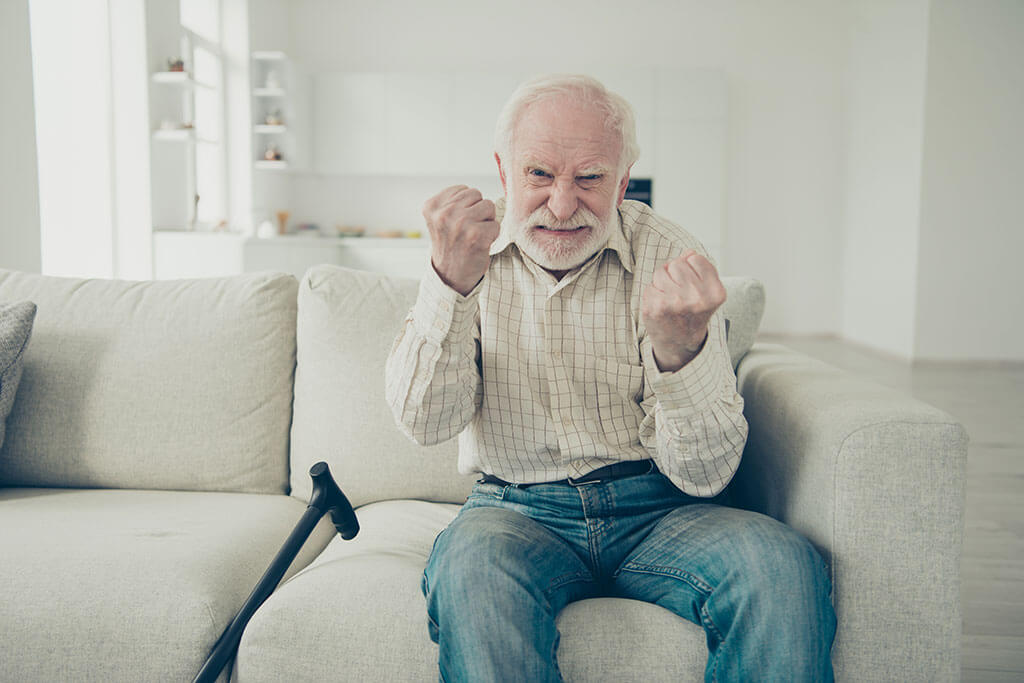 It is common for people to lash out for all sorts of reasons. Indeed, anger and aggression are normal emotions. However, at times, this anger can be recurrent. When this happens, it hurts people around the angry person and makes for an unpleasant living environment. Anger in dementia can be similar to this wherein someone who has a form of dementia gets aggressive. The reasons for this are layered and complex. Thus, this article will take you through the kind of anger present in those with dementia, the reasons for it as well as some ways that you can cope with it.

Dementia is a progressive neurological condition that affects millions of Americans. There are many forms of dementia, but Alzheimer’s disease is the most prevalent form. While some believe that it is just a part of old age, dementia is not a part of healthy aging. This disease affects one’s cognition, specifically memory. There is a slow but usually steady decline wherein the forgetfulness gets more serious over time. Those with dementia may forget the names and faces of their family members or may get lost even in a familiar place. Knowing a bit about this disease can help you appreciate the difficulties people face on a daily basis.

What Type Of Anger Is Present?

Anger comes in many forms, and it can vary depending on the person or context. Those with dementia may raise their voice at you or verbally berate you when they feel frustrated. Alternatively, things might escalate with them throwing things around or even physically attacking you. Sometimes, you will be aware that their anger is building up while sometimes, you will be caught completely unaware. It is important to note that while some people with dementia will get angry, this is not representative of everyone with this disease,

Why Do Those With Dementia Get Angry?

Imagine that you have lost your memory and you wake up to find someone you don’t recognize in your living space. How would you react? Those with dementia experience this on a daily basis. Indeed, the lack of recognition makes one afraid and prone to express their emotions violently. Another reason could be due to hallucinations that people with dementia experience. While not present in all dementias, this can cause anger. Finally, it is vital to realize that dementia is a brain disease. The brain is responsible for not just cognition and memory but also for emotions.

What Can You Do to Cope?

Through these simple strategies, it is hoped that you will be better prepared for the challenges of caring for someone with dementia. Remember, as a caregiver, take care of your wellbeing first!

Why A Calm Environment Is An Important Aspect In Dementia Care In Terrytown, LA
October 30, 2022

Understanding The Signs You Should Move From Assisted Living To A Memory Care Center In Chalmette, LA
October 24, 2022