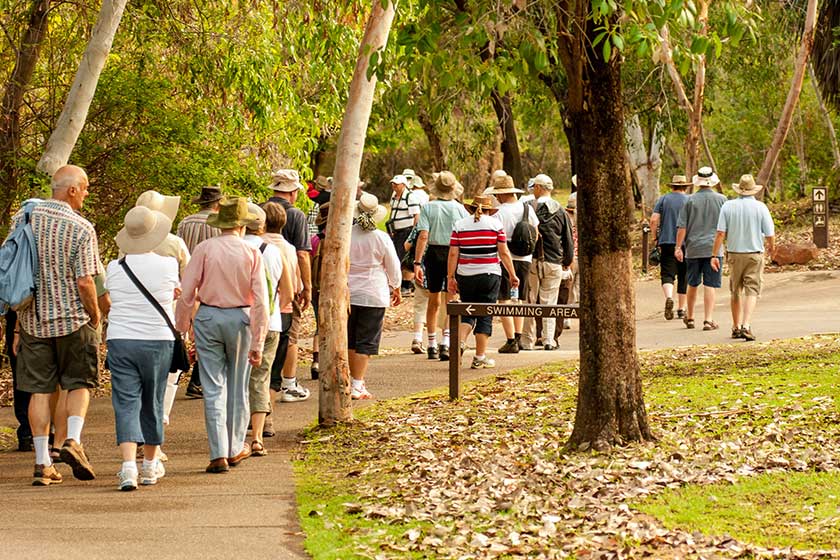 One of the most popular attractions for senior independent living in New Orleans, LA is the French Quarter Buildings. Below are the six most iconic structures to visit during walking tours.

Built in 1794, this building was initially reserved for Nicholas Girod, who was the New Orleans mayor. However, in 1821 he offered Napoleon Bonaparte the opportunity to live at the mansion as part of his exile. Of course, Napoleon never arrived to New Orleans as he was sent to St. Helena instead, but he is nevertheless associated with this building and its 3 story stucco French style, with a cupola and dual iron balconies. There is also a restaurant which serves classical Creole dishes like Jambalaya, gumbo and muffaletta sandwiches.

This is a museum as well as research center which showcases three hundred years’ worth of exhibits. It also includes 2 historic homes which were constructed around 1792 and 1890 respectively, along with a gallery of art and book store. While some of the exhibition spaces are permanent, others rotate namely New Orleans art and history.

This is one of the oldest structures in the area, having been built in 1795. However, during the Colonial period it also served as the site of a bank (Banque de la Louisiane) which was later transformed into a personal residence. The building is distinctive for its pink stucco façade and is two stories in height. It was transformed into a Creole restaurant in 1946, and their dishes are absolutely delectable.

This square is located in close proximity to St. Louis Cathedral and is considered part of the original French Quarter. It has the distinction of being New Orleans’s oldest region as even the walkways and trees were added during the 1830s. The square is named in honor of President Andrew Jackson, whose equestrian statue can be seen here, which was installed in 1856. The surrounding area features commercial and residential properties and sometimes local artists come here to showcase their wares.

New Orleans is home to this U.S. Mint that regularly struck coins from 1838 to 1909. Previously however this site was also home to Fort St. Charles, but would eventually be converted into a Greek Style Revival Building which produced coinage for the Confederacy and United States. Despite its age, it didn’t officially become a state museum until 1981, and because of damage from Hurricane Katrina during 2005 the museum wouldn’t be reopened until 2007.

This is one of the French Quarter’s oldest residences, and is a perfect example of 18th century style Creole Louisiana architecture. The building is elevated to protect the structure from the infamous floods New Orleans is known for, but also includes ventilation which is designed to alleviate subtropical heat. Today it has been converted into a museum.

Traveling To Scottsboro, AL: Here Is Your Complete Guide
September 29, 2022

Why Me Time Is Important For Elderly In Senior Living Homes
September 27, 2022

The Main Reasons Why You Should Choose Memory Care With Garden Space In Terrytown, LA
September 24, 2022

The Cost Of Memory Care In Louisiana: Is It Worth The Value?
September 21, 2022
Community Locations
Go to Top
Reveal Pricing
Schedule a Tour
Contact Us