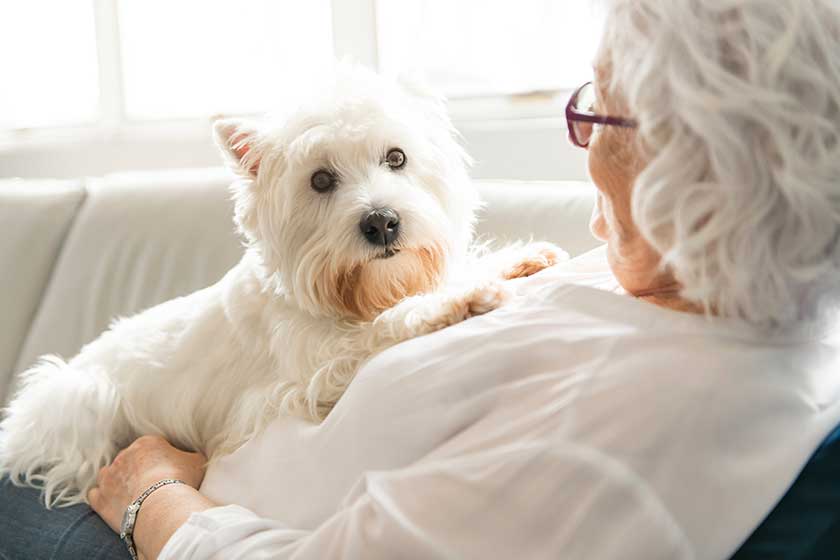 The benefits of owning pets have been well publicized, especially for aging retirees. But below are five ways that pet-friendly assisted living in Terrytown, LA can benefit those over the age of sixty five.

Dogs in particular are quite beneficial to elders, because unlike cats they need to be walked daily, which forces their owners to get off the couch. This in turn keeps their weight under control while also making them more agile. Most assisted living communities can accommodate dogs so long as they are not too big, loud or aggressive, and they provide plenty of space for you and the dog to play in.

Retirees often experience bouts of loneliness, which can be partly alleviated by getting a pet. But there is still a need for human interaction, and after joining an assisted living community they’ll get the opportunity to interact with other pet owners who they can converse with and partake in various activities, which will boost their quality of life while improving outlook and mood.

Initially, getting settled into an assisted living community can be challenging, especially for those who previously lived in the same residence for decades. The new surroundings, unfamiliar neighbors and absence of family can be tough. But by getting a pet, they will have a furry friend to keep them company, and even if that friend is incapable of speaking, their very presence and nonverbal communication more than make up for it. Additionally, caring for the pet gives elders something to do as well as meaning for their lives.

The importance of mental stimulation for those over the age of sixty five cannot be overstated. At this stage of life cognitive decline becomes a real possibility, and studies show that the simple act of caring for an animal can prevent symptoms associated with dementia. While the exact reason for this isn’t yet well understood, it seems that being around animals and caring for them activates certain areas of the brain which emphasize focus and concentration, while also providing a sense of responsibility.

In addition to the cognitive benefits that owning and caring for a pet provide, it also appears that pet ownership is linked with avoiding heart disease. This is because being in the presence of a pet has been found to reduce blood pressure by promoting a relaxed influence. Dogs in particular are well known for their emotional support, and can assist their owners in easing tensions in environments that are stressful. This is why some assisted living communities actually use dogs as part of their therapy programs.

What Type of Pet Should You Get?

The best pets for assisted living are those which are small and do not take up too much space. They should also be quiet so they do not disturb neighbors. In addition to cats and dogs, you might also be able to get a rabbit, bird, ferret, fish or hamster, but you’ll need to check with the community administrator. You want an animal that is well suited to your lifestyle.

How Assisted Living In Terrytown, LA Offer Is Ideal For Seniors With Hearing Issues
October 12, 2022

Why Me Time Is Important For Elderly In Senior Living Homes
September 27, 2022

The Main Reasons Why You Should Choose Memory Care With Garden Space In Terrytown, LA
September 24, 2022
Community Locations
Go to Top
Reveal Pricing
Schedule a Tour
Contact Us