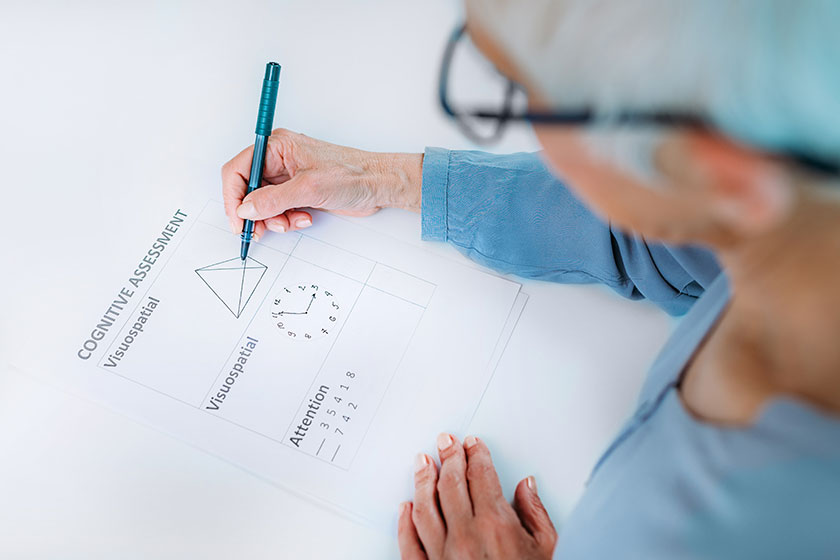 Did you know that there are approximately 5.8 million individuals in the United States who have Alzheimer’s disease and related dementias? With so many people with dementia, you might be wondering how people are determined to have dementia. Well, the diagnosis of dementia is done so via several types of memory tests. Read on to know more about the 5 main memory tests for dementia.

Dementia symptoms can also be caused by a variety of other factors, including metabolic abnormalities, illness, vitamin shortage, as well as prescription side effects. With that said, these additional reasons are frequently treatable.

In the blood tests, they often look for any signs of infection, anemia, the electrolyte equilibrium between salt and water, as well as the functions of one’s livers. Apart from those factors, they also look into any lack of vitamin B12, problems with drug interactions, and dosage, as well as thyroid activity.

Apart from the physical aspect, cognitive evaluation is another way to test and diagnose dementia. Level of focus, visual-spatial awareness, memory, counting, problem-solving, and language abilities are all measured and evaluated through cognitive exams.

When examining these capabilities, most clinicians employ brief cognitive screening exams. If you need more extensive testing, you will be sent to a neuropsychologist for further cognitive evaluations.

Even for those whose primary language is not English or who have communication issues might be tested in a special way. Your doctor can advise you on this.

Another memory test to diagnose dementia is the Mini-Mental Status Examination, which can also known as MMSE. This test is often performed at your doctor’s or specialist’s office and usually takes a short 5 minutes for evaluation. The MMSE is the most often used test for dementia screening. It measures abilities including short-term memory, orientation, as well as writing and reading.

A number of exams will be employed, including memory tests such as the ability to duplicate figures or drawings, as well as one’s capability to recall a paragraph. Some other things neuropsychological evaluation will investigate are one’s reasoning and comprehension skills.

While radiological evaluations are not exactly used for the actual diagnosis of dementia, it is often used as a complementary test in order to screen out lung cancer. And this involves standard X-rays, and are also often typically tested on smokers. Radiological evaluations are used to ensure that there is no lung cancer, which might be creating a secondary brain tumor.